Father of SSH working on new version of crypto standard

“There will be a new version of SSH,” says Tatu Ylonen, CEO of SSH Communications Security, pointing to the IETF draft document that’s recently been made available for public review. Co-authored with others, including NIST computer scientist Murugiah Souppaya, this third version of SSH has a focus on key management and could be set by early next year.

Though Ylonen, whose SSH protocol originated back in 1995, said the new version could take a couple of years to catch on, so he’s pushing for backward compatibility. The last major version, SSH-2, emerged in 2006.

The 58-page IETF draft document, “Managing SSH Keys for Automated Access – Current Recommended Practice,” was published in April and is out for review until October. The document focuses on key management, Ylonen says, in an effort to eliminate now common audit and compliance problems related to SSH.

“There’s no proper tracking of what key exists,” Ylonen says about the situations he sees in many organizations. 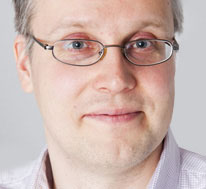 The IETF draft standard describes a process “for discovering who has access to what, bringing an existing IT environment under control with respect to automated access and SSH keys.” It says “the process includes moving authorized keys to protected locations, removing unused keys, associating authorized keys with a business process or application and removing keys for which no valid purpose can be found, rotating existing keys, restricting what can be done with each authorized key, and establishing an approval process for new authorized keys.” It’s all part of what’s supposed to be continuous monitoring and authorized key setup.

Ylonen acknowledges this is not necessarily the practice today and that there’s often an unfortunate state of disorder in SSH key usage that threatens the fundamental security of the assets the protocol is supposed to protect in the enterprise.

His company, SSH Communications Security, next month intends to make available a free key discovery tool that would allow the user to collect SSH key information throughout its IT environment in order to gain an assessment of risk exposure. Called SSH Risk Advisor, this tool is expected to be able to find out where SSH is being used and the SSH keys that may have proliferated.

In work being done for some larger customers, “we’re finding there are more keys than keys to accounts,” Ylonen notes. SSH Communications Security is observing instances in its customer base where mismanagement of keys has spawned literally hundreds of thousands of SSH keys, but it’s unclear how many are really supposed to be in use. Cleaning up the problem and devising new controls can be a mammoth — and expensive — task, he points out. SSH Communications Security itself is focusing increased product development on key management, for example coming up with SSH Universal Key Manager.

But Ylonen says the free SSH Risk Assessor tool is intended to make it possible for enterprises using SSH keys for secure access to get a picture of what might be out-of-control SSH key proliferation. Cleaning up the mess is another matter.